In this post, we share some of the best black Ted Talks for both parents and children alike. This list is updated frequently, so be sure to bookmark Us and check back regularly for any gems you may have missed!

Boniface Mwangi: The day I stood up alone

Photographer Boniface Mwangi wanted to protest against corruption in his home country of Kenya. So he made a plan: He and some friends would stand up and heckle during a public mass meeting.

But when the moment came … he stood alone. What happened next, he says, showed him who he truly was.

As he says, “There are two most powerful days in your life. The day you are born, and the day you discover why.”

Chantelle Brown-Young: My story is painted on my body

The fashion industry has a new leading lady, who is serving up stunning images and redefining the global definition of beauty.

Chantelle, who was diagnosed at age 4 with vitiligo, spent her youth bullied. Through all of the vocal and often volatile doubters, she believed her 5’10 frame, modelesque features, and internal beauty could see her through to her dreams of becoming an international supermodel and spokeswoman for others with low self-esteem.

At age 16, a local journalist discovered her and shared her story in a YouTube video that received over 150k views and features in The Daily Mail and Access Hollywood.

During his final year at Coventry University, Kayode decided to create a vine account and start making videos.

After graduating from Coventry University in 2015, Kayode and his childhood friend bought a camera, developed a character from his vine account and decided to shoot a mockumentary.

With a grand budget of £3, they made two episodes of Hood Documentary, released them on YouTube, and shortly thereafter found themselves with over two million viewers.

This attracted BBC Three, who commissioned Hood Documentary onto their platform (which is to date the highest viewed series on BBC 3 Online).

Defy Impossible. Kimberly Bryant founded Black Girls Code to introduce programming and technology to a new generation of coders; coders who will become builders of technological innovation and of their own futures.

Mellody Hobson, President of Ariel Investments, delivers an energetic, thought-provoking “Talk” that inspires the audience to determine their own financial destiny.

Coming from a not-so-stable home environment, Hobson’s ascension in the academic and business worlds offers a clear example of what’s possible when one decides to want more for themselves in life.

ZAIN ASHER was born and raised in London. She graduated from Oxford University where she studied French and Spanish (graduating with a distinction in oral Spanish).

In 2006, she earned an MS from Columbia University’s Graduate School of Journalism, where she focused on business and financial news.

Asher is a national business and personal finance correspondent for CNN, where she appears across platforms covering the latest news on money and the economy.

She often reports from the New York Stock Exchange, covering equities and IPOs and interviewing entrepreneurs and dignitaries.

Karl Lokko talks about the importance of community and his transition from a gang member to a community leader, creating a therapeutic rehabilitation center for youth.

Karl is a 25 year old former gang leader who has now turned his life around. He has managed to harness his life experiences which has propelled and uniquely situated him as an activist/influencer within the U.K.

Karl is a gifted orator with an ability to connect with people on a human level, granting him undoubtedly the role of a bridge, bridging worlds and uniting community.

Karl Lokko’s oratory capacity came into the light through the unfortunate and unsettling 2011 riots, where he was called upon to speak and express the hard to articulate feelings of the community in which he lives in.

How can you help kids get a good start? In this heartfelt and personal talk, Colin Powell, the former U.S.

Secretary of State, asks parents, friends and relatives to support children from before they even get to primary school, through community and a strong sense of responsibility.

Julie Lythcott-Haims: How To Raise Successful Kids Without Overparenting

By loading kids with high expectations and micromanaging their lives at every turn, parents aren’t actually helping. At least, that’s how Julie Lythcott-Haims sees it.

With passion and wry humor, the former Dean of Freshmen at Stanford makes the case for parents to stop defining their children’s success via grades and test scores. Instead, she says, they should focus on providing the oldest idea of all: unconditional love.

Gabrielle Jordan Williams: The Making of A Young Entrepreneur

Gabrielle Jordan Williams is an author, entrepreneur, jewelry designer, inspirational speaker and philanthropist. She began her business, Jewelz of Jordan, at the age of 9. At 11, Gabrielle discovered her inspirational talents and received national recognition for her #1 Amazon Bestselling book, The Making of a Young Entrepreneur: The Kids Guide to Developing The Mind-Set for Success. 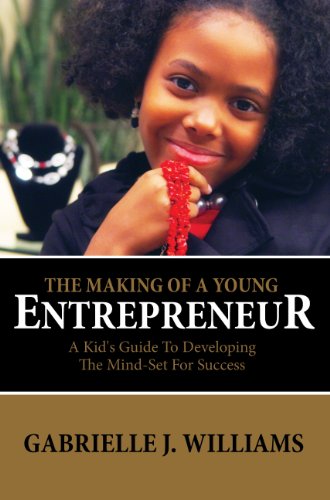 The Making Of A Young Entrepreneur: A Kid's Guide To Developing The Mind-Set For Success

With a portion of the profits, Gabrielle gives to organizations in her community such as her local food pantry and charities that care for youth such as Smile Train and the Children’s National Medical Center.

Rita Pierson, a teacher for 40 years, once heard a colleague say, “They don’t pay me to like the kids.” Her response: “Kids don’t learn from people they don’t like.'”

A rousing call to educators to believe in their students and actually connect with them on a real, human, personal level.

Litha Soyizwapi: How I Taught Myself to Code

In this delightfully choreographed presentation, Litha Soyizwapi tells the story of how his innate curiosity and natural chutzpah led him initially into graphic design and then, remarkably, onto a path where he taught himself to code and ultimately create one of the most successful apps in South Africa.

Litha Soyizwapi is a graphic designer and a self-taught app developer. His popular GauRider app is the quickest and most elegant way to manage commutes on Gautrain—the rapid transit railway system linking Johannesburg, Pretoria, and OR Tambo International Airport in Gauteng Province, South Africa.