If you have followed the latest schooling trends, you will notice a majority of black students, teachers, and parents calling for better representation in courses. While this representation suggests better black history courses, it has been argued that black children will benefit more from an entire African-centered curriculum.

And with this ever-rising need to teach better curriculums to black children, the Frederick Douglass Marcus Garvey Academy gives renewed hope. Let us explore this institution better while discussing ways it can improve the livelihoods of black students to secure a better future for black communities.

What is the Frederick Douglass Marcus Garvey Academy?

The school comprises two buildings, one named after the legendary social reformer and abolitionist Frederick Douglass and the other named after Marcus Garvey, one of the best political activists the world has ever seen.

The school is expected to teach black students based on the principles of Pan-Africanism and International Economics. But, before we delve deeper into the curriculum, let’s learn who is behind it.

Who is Behind the FDMG RBG International Leadership Academy?

The idea for this school was started by Dr. Umar Johnson. He is a popular activist and Doctor of Clinical Psychology, and Certified School Psychologist, and an expert on the education and mental health of children of black, African descent.

Dr. Umar, as he is also popularly known, has also founded several other black empowerment programs and is constantly touring the country and beyond to empower black children and parents.

He also teaches other interested parties on how to continue upholding values that enabled the African struggle for freedom and independence.

You can find more information about the tours and other projects he has and continues to work on from his official website here.

In his career, Dr. Umar Johson discovered the obvious disadvantages black students, especially boys, endure due to underrepresentation in the national curriculums, and often harsh expectations and treatment in school and society. Thus, he planned to start a school that would feel like home to these boys, where they could thrive.

Initially, Dr. Umar considered buying the historical St. Paul’s College in Lawrenceville, Virginia, as it was on sale after closing with a final graduating class of 2013. James Solomon Russel founded this famous college for black students in 1888.

Dr. Umar planned to purchase the 500 acres of land with an already existing learning facility and convert the rest into a Black Wall Street where a bank, hospital, fire department, police department, supermarket, and more facilities could be founded.

However, the purchase did not go as planned, and Dr. Umar had to look for another establishment. He started a fundraising campaign to buy and open the institution as a boarding institution for black boys across the country, with plans to expand the institutions to accommodate black girls.

The campaign relied on black donors to see fruition, and a few years later, he announced the purchase of the institution in Delaware that needed renovations before opening.

Who is the FDMG Academy For?

In addition, the FDMG Academy will serve as the National Independent Black Parent Association and Team Pan-Africa headquarters.

What Curriculum Will Be Taught at the Frederick Douglass Marcus Garvey Academy?

When announcing plans for the new school on the YouTube video below, Dr. Umar Johnson outlined the main sciences his school will teach.

According to Dr. Umar, this science is designed to teach young black students all about wealth instead of money. With this science, young students will be exposed to international investments, banking, stock markets, real estate, and the international principles of interest.

According to Dr. Umar, this science is intended to equip black students with skills to use minerals and vitamins to lead healthier lives by eating healthy diets. On top of diet, the students will also learn about the best agricultural practices to learn to grow the healthy foods they eat.

The science of the community and family.

This science will motivate students to understand the dynamics of the world they live in and also to contribute to the political evolution for a better future.

This science aims to teach young black students the astronomical and cosmological spiritual systems of their African ancestors and people.

The science of being men.

This likely includes manhood training similar to Rites of Passage and leadershipp skills.

As a black parent to a young black boy, you may be wondering how unique this school could be. Now, the following points/ promises were made by Dr. Umar when officially announcing the school on his YouTube video.

How Can You Get Your Child into the Frederick Douglass Marcus Garvey Academy?

At the moment, there is not a lot of information about enrolling students in the school as it has yet to open officially. However, it will be easy to enroll students from New Jersey, Maryland, and Pennsylvania as the school is located in Wilmington, Delaware.

In addition, Dr.Umar Johnson also promises virtual classes for students whose parents or guardians will not be able to relocate once the institution opens.

In this YouTube video, he talks about incorporating a Cyber School Program where students in other states can attend online classes. But, he also says the students will be required to attend classes physically a few weeks every year.

When Will the FDMG RBG Academy Open?

However, Dr. Umar has been updating loyal supporters who donate to this campaign, with the most recent development showing the progress being made on the gym.

The gym’s renovation, which includes red, black, and green wall painting, is getting readied in anticipation of an upcoming first Annual Unapologetically African Festival slotted for the 11th of September, 2021.

Does the FDMG Academy Have Teachers?

With renovations still ongoing, there is no announcement made regarding teachers. However, in previous interviews, Dr. Umar Johnson has called on black teachers to share their resumes through his email address and website.

Particularly, Dr. Umar has encouraged black women to send their resumes, but with one catch; if accepted, the school would require them to maintain their natural hair and, if dating or marrying, it be in the African communities.

The reason? According to Dr. Umar, the school will encourage young men to uphold the values of a black, African family, which he considers to comprise of a man and a woman.

While the idea of this black school brings new hope to the black community, a big section of black people have difficulty believing in it. Some have questioned donor funds appropriation, how the renovations are getting on, or how long it will take for the school to open.

According to Dr. Umar, the school is legitimate as he shares updates posted on various social media platforms. In addition, he has talked about being summoned by the Pennsylvania State Board of Psychology over his psychology license while also comparing his woes to those suffered by the likes of Marcus Garvey and Booker T. Washington in their liberation of black people.

The Frederick Douglass Marcus Garvey Academy is an institution in Wilmington, Delaware. Dr. Umar Johnson founded it, and while currently being renovated, it is expected to be a black boys’ only boarding school.

Among several sciences, this school will teach Pan Africanism and political and economic science so the boys can learn about their history plus skills needed to survive in today’s world.

While the school is starting as a boys’ school, Dr. Umar Johnsone hopes also to open a black girls’ only boarding school soon.

With the school still undergoing renovations, Dr. Umar Johnson appeals to black people to keep donating so the school can open sooner. In addition, all donating members will be able to attend the upcoming first Annual Unapologetically African Festival on the 11th of September, 2021, at the school’s gymnasium. 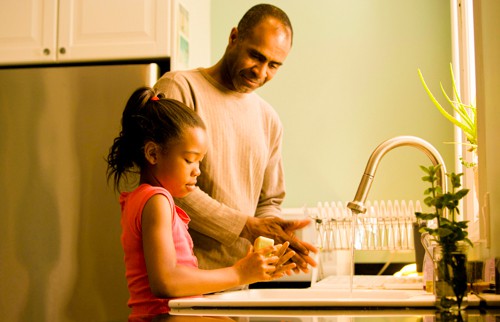 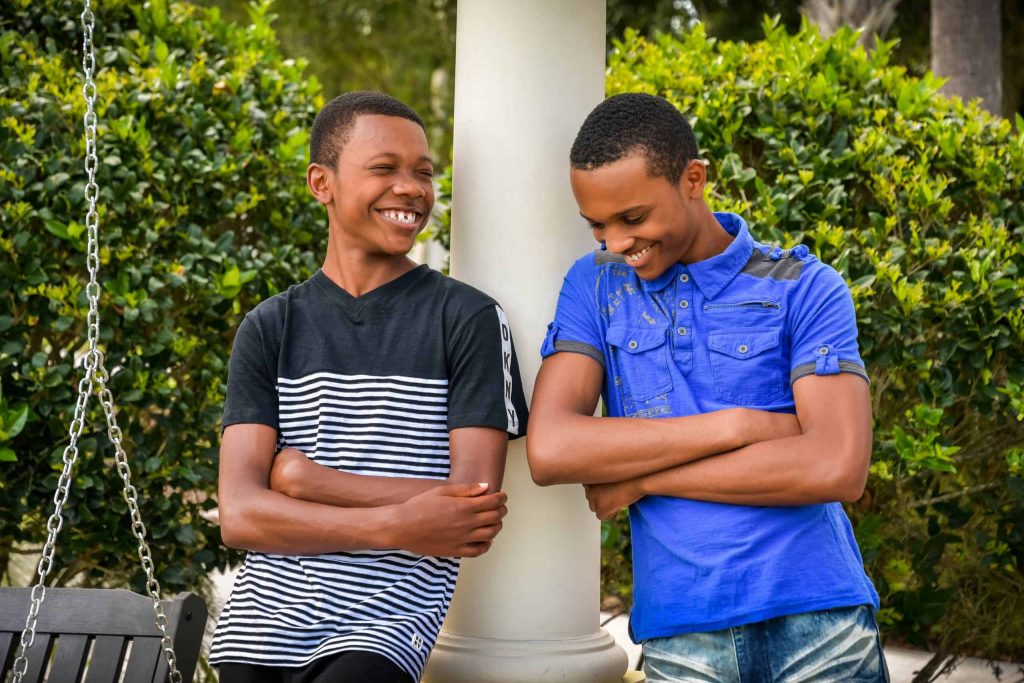 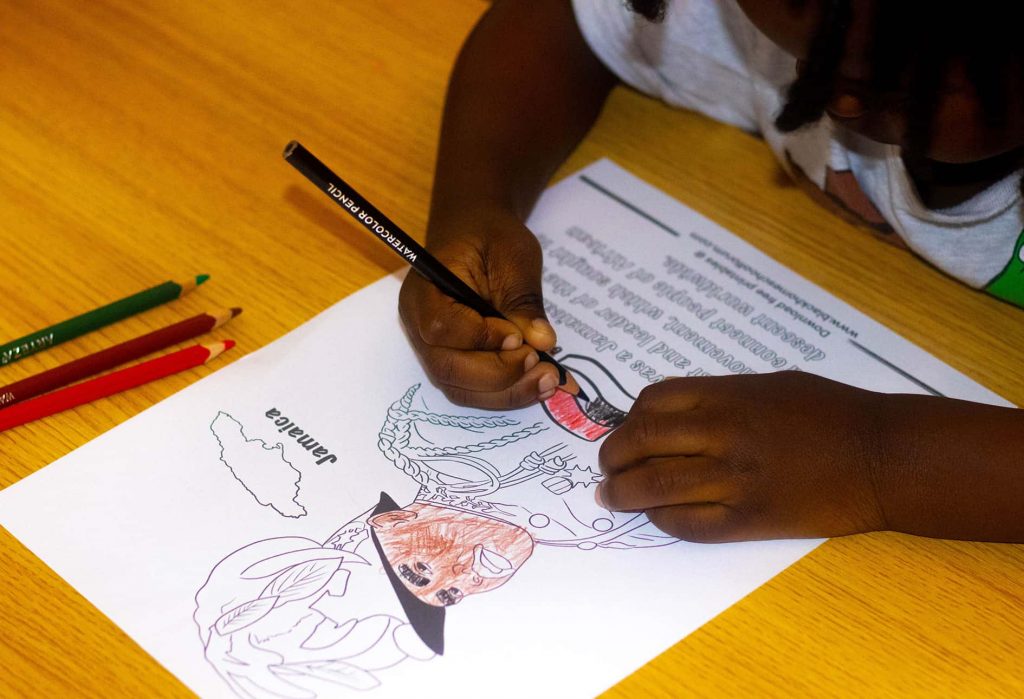